Over in Portland, Victoria, the Alcoa Portland Maths Network has been steadily building. With support from Shyam Drury and the teaching approach he advocates through the Alcoa Maths Enrichment Program and Champions of Maths mentoring, teachers learn new skills and build confidence through a supportive network across nine local schools. One teacher, Paige Olejniczak, shares her journey.

As is the case with many Australians, Paige Olejniczak was not a confident student of maths. This doubt in her ability had followed her into adulthood, and into her maths teaching practice. “I felt like it was an area of weakness for me,” she says.

That was until the school in which she teaches turned its focus to the maths curriculum and joined the Portland Maths Network. Led by Scitech’s Shyam Drury, the Network is a community of practice which empowers teachers to rethink their approach to teaching maths.

After one year in the program, Paige’s mindset has expanded, and her maths confidence has grown.

“I think this year with the maths network, it’s encouraged me to think more broadly and include different things, and just be confident in my ability to actually teach math.”

So, what exactly do teachers do as part of the Portland Maths Network that is so significant?

Paige emphasises that it’s the in-situ modelling approach to PD that sets this program apart.

“Most of the sessions we’ve done with Shyam consisted of him coming into several different classrooms across the school, right through from Prep through to year six, and him modelling exemplar lessons. And then allowing one of our teachers in each of our year level areas to facilitate a lesson of their own, showing and modelling the planning that they had to undertake… [what’s great is] being able to discuss what is working and what’s not working with people who are actually in the classroom.”

And what is working in the classroom? It’s a much more creative approach to teaching maths than Paige had ever imagined.

She recalls “a lesson that one of our colleagues modelled was to do with addition and in particular birds sitting on a wire. And it was very cleverly done, the way the lesson was structured and the way resources like tables and things in the room were utilised. It wasn’t how I would’ve expected….”

Paige feels that the confidence boost she has experienced has been mirrored in her students.

“I think it’s reflected in the kid’s attitude towards maths themselves. If they’ve got a teacher that likes math and can teach it in a variety of different ways, then it’s going to be easier for the kids to learn if you’ve got more knowledge and more confidence to do it yourself.”

It’s not just confidence that has flowed onto her students. As she is now able to develop creative approaches to teach maths concepts, their approach to solving maths problems is also increasingly inventive.

“A lot of the kids have been able to gain better understanding of concepts that we’re trying to teach and are able to use more strategies to help solve problems themselves. And I’ve heard other teachers mention across the school the same ideas that kids have got a huge variety of ways of solving problems and different steps that they took to get there.”

Learning from fellow teachers in the Portland Maths Network has helped Paige break free from the traditional approach to teaching maths. By exploring creative strategies to represent maths concepts in real life, she’s helping her students avoid the type of stifling maths class which so dented Paige’s own confidence growing up. 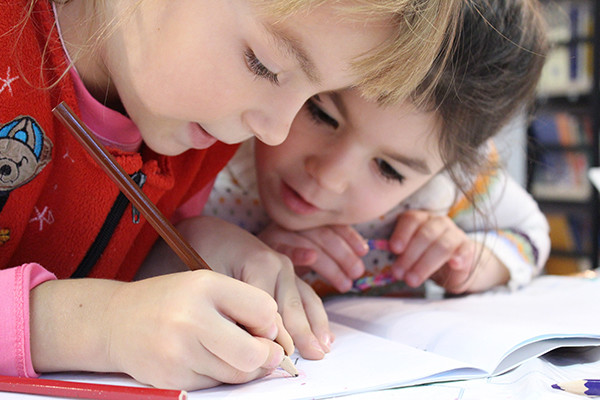 Champions of Maths: Ready to Launch, Explore and Discuss in 2020! 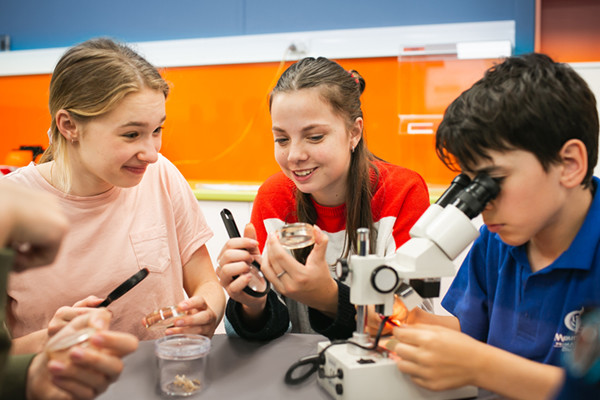 News
The biggest fish in the sea! . Did you know that every whale shark has a unique spot pattern? Scientists and researchers can use the patterns to identitfy individuals, track their movements, and monitor shark populations. . 📸: @dylan.dehaas . . . #westernaustralia #thisiswa #ningaloo #whaleshark #justkeepswimming

We would love to know how we can help spark science curiosity and inspire our community during these challenging times. . What activities or resources are you looking for? Let us know in the comments below. 👇 . . . #kidsperth #scienceathome #STEMathome #socialdistancing

Earlier this month our Beyond the Beaker show joined forces with @aspireuwa and @icrargram to tour Midwest WA! Together we delivered an epic careers program for secondary students, and a community astronomy night. . Beyond the Beaker is made possible by our partnership with @chevron and promotes the importance of STEM in future careers. . . . #STEMeducation #STEMcareers #STEM #scienceontour #thisiswa

We've made the decision to close the Science Centre at City West, from COB today until further notice. Our number one priority is the safety and well-being of our visitors, staff & volunteers. 🧡 . For more information on Scitech's response to the COVID-19 outbreak, please visit our website (link in bio).

Don't miss our new content, dropping at 10am every weekday for the school holidays! Tune in tomorrow to see our exp… https://t.co/vFySef6vcJ