For astrophysicist Kathryn Ross, her love of space began from a family tradition of going out onto the street at night to watch the International Space Station when it went past in its orbit around earth.

“It was the most exciting thing to watch this little bright speck moving across the sky, just being able to think that dot was out in space,” Kathryn said. “I love the idea that we don’t know everything about space and that we don’t even know that we don’t know,” she said. “I think one of the best things about astronomy and space is that the more you learn the more interesting it gets.”

Kathryn loved studying all forms of science and maths at school, choosing as many of these subjects as she could in high school. She continued this strategy when doing a Bachelor of Science with honours at Sydney University, signing up for lots of maths, physics and chemistry units and any subject that caught her eye. When it came to her research projects however, space always came out the winner.

“I did a semester exchange at Sheffield University where I conducted a research project on the dark matter content of galaxies,” she said. “At the end of my undergraduate I also completed my honours year with a research project characterising the dusty shell surrounding a nearby red giant star.

Surprisingly, I ended up graduating with a double major in Mathematics and Physics, which wasn’t intended but I kept taking on the subjects I enjoyed and it was enough for both majors. I then worked as a researcher at the Sydney University Physics Education Research (SUPER) group, working with teachers to prepare for an incoming new physics syllabus in NSW.”

After a while, Kathryn decided that she was still curious about space and astronomy and decided to move from Sydney to Western Australia to do her PhD with Curtin University and the International Centre for Radio Astronomy Research (ICRAR).

“WA’s actually an incredible place to be doing astronomy, there’s a really big group of internationally renowned researchers and astronomers here,” she said. “There’s a whole range of things people are studying, some people are looking at galaxies, some are doing cosmology or studying stars. That was very exciting to me because it means you can dabble in a bit of everything. Even more exciting is we’re building the next generation of really big telescopes in WA and I wanted to be a part of that from the ground up.”

Diversity in science
Kathryn was recently recognised at the Premier’s Science Awards as the joint winner of the ExxonMobil Student Scientist of the Year award for her research into baby black holes. “It’s incredibly validating to get that award,” she said. “It’s a reminder that women are amazing at science and we’re very good at what we do. Just because we may not see as many women doesn’t mean we’re not here or we’re not making a difference.”

Kathryn is passionate about diversity in science, leading the #IncludeHer campaign to have a more diverse representation of scientists in high school science courses. “It’s incredibly important to have role models, particularly role models that you can relate to,” she said. “You can’t be what you can’t see, so it’s important to have good role models at each step along the way so that anyone can see not just the end goal but how to get there as well.”

“If something’s exciting and interesting to you, keep following that and finding new things to look into,” she said. “As long as you are interested in science you should keep doing science.” 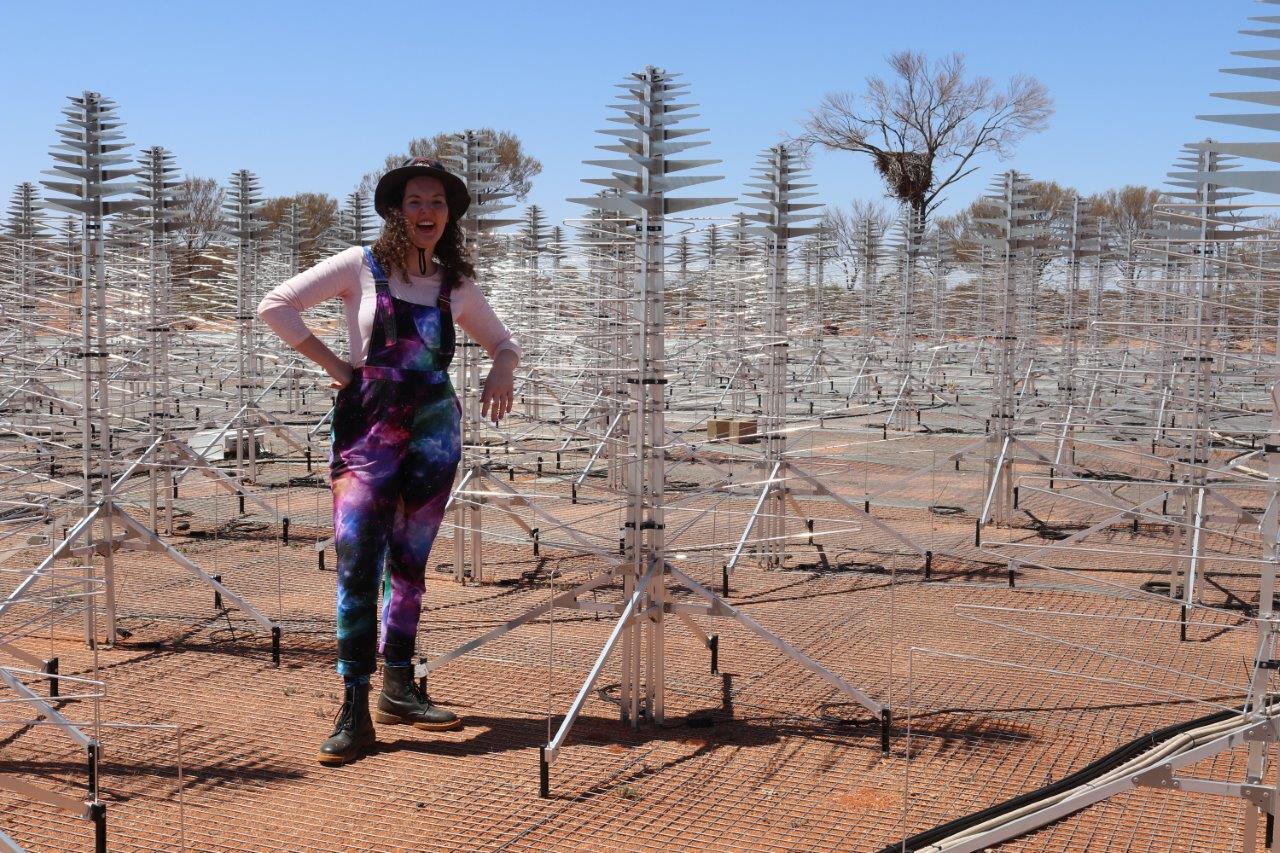