It is winter, which is the rainy season in southern Australia, and July just gone has been particularly wet, but maybe you have spotted a couple of bright-looking “stars” in the evening sky lately? If you are facing westwards in the early evening, not long after sunset, you are looking at Venus, the brightest of the planets. If you are looking eastwards around mid-evening, you are looking at Saturn and Jupiter, who are approaching their peak brightness for the year as they appear opposite the Sun in the sky for us here on Earth. Jupiter is brighter than Saturn and is rising about an hour later than it. The Full Moon will be next to Jupiter on the 22nd of August as well.

The Perseid meteor shower is active this month and you may hear about it in your social media feeds, but for most of us in southern Australia, it’s just not visible. The further north you are (e.g., the Pilbara, Kimberley, Top End of the NT, and Far North Queensland) the better the chance you have of seeing some, but even then it will be much less than what the northern hemisphere will see. However, you should still keep an eye on the sky at any time, you never know when a big, bright sporadic meteor might streak through above you!

After the quiet evenings in the first half of 2021, August could be a busy one if the weather holds fair. Venus has now easily visible in the north-western sky after sunset, shining brilliantly on its own. The crescent Moon creeps up underneath on the evening of 11th August.

We are now saying goodbye to Mars as it goes around the far side of the Sun for a couple of months. But before it does that, Mercury will move up to meet the red planet on the evening of the 19th as it prepares to make its best evening appearance for the year in September.

If you turn around from the west and look east, the two gas giants are reaching their peak for the year. Saturn is opposite the Sun on the 2nd of August and Jupiter reaches its opposition on the night of the 19th – the same night at the Mercury/Mars conjunction. Saturn rises before Jupiter, so will be higher above it in the east, in the constellation of Capricornus. Jupiter is the lower but brighter of the two planets. The Full Moon will be next to Jupiter on the 22nd. Both Saturn and Jupiter will be visible all night long during August 2021.

Within the boundaries of this constellation lies Barnard’s Star, a faint red dwarf star that has the largest known proper motion in the sky. Proper motion is the speed at which a star appears to be travelling through the sky as seen from Earth. While most stars won’t change their position noticeably within a century or so, Barnard’s star is charging along, covering the apparent diameter of the moon in the sky every 180 years. At that speed, you could chart its course in your own lifetime. 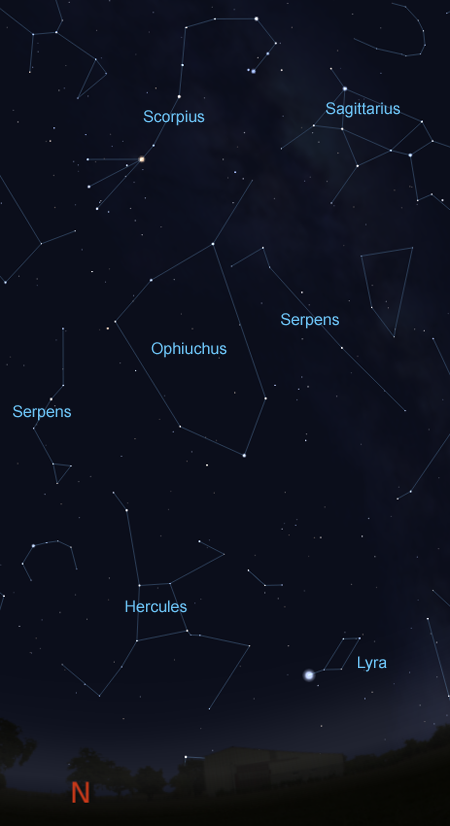 If you are lucky enough to be somewhere dark enough to see the Milky Way shining brightly in the sky, take a closer look at the stars under the sting of Scorpius the Scorpion. Do you notice that there seems to be a bright area of stars here? This is an open cluster of stars known as Messier 7 (M7). 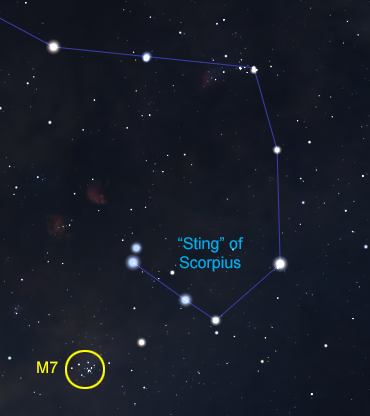 An open cluster of stars is a group of several hundred to several thousand stars that all formed together from the same cloud of dust and gas. The dust and gas was blown away from M7 a long time ago and all we see now are the stars that formed.

M7 is an old cluster, estimated to be around 220 million years old. If you have a telescope, you might notice a lot of the stars look a little yellow or even orange. These are signs that the stars here are starting to age and head towards the end of their life cycles.

M7 looks large in the sky because it is only 800 light-years away – that’s pretty close in galactic terms! It is large enough that you might enjoy this cluster in a low power view through binoculars, as well as through a telescope at higher magnification (about x50 is all that is needed). 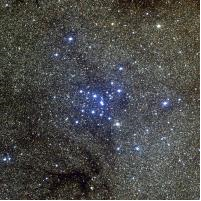 How M7 might appear at a moderate magnification.
Credit: N.A.Sharp, REU program/NOAO/AURA/NSF

Hubble Space Telescope Back in Action

Astronomers were holding their collective breath for a month while the Hubble Space Telescope was shut down when the onboard computer that controls the science instruments on the telescope stopped working. Had the last observations been made by the 31-year-old space telescope? 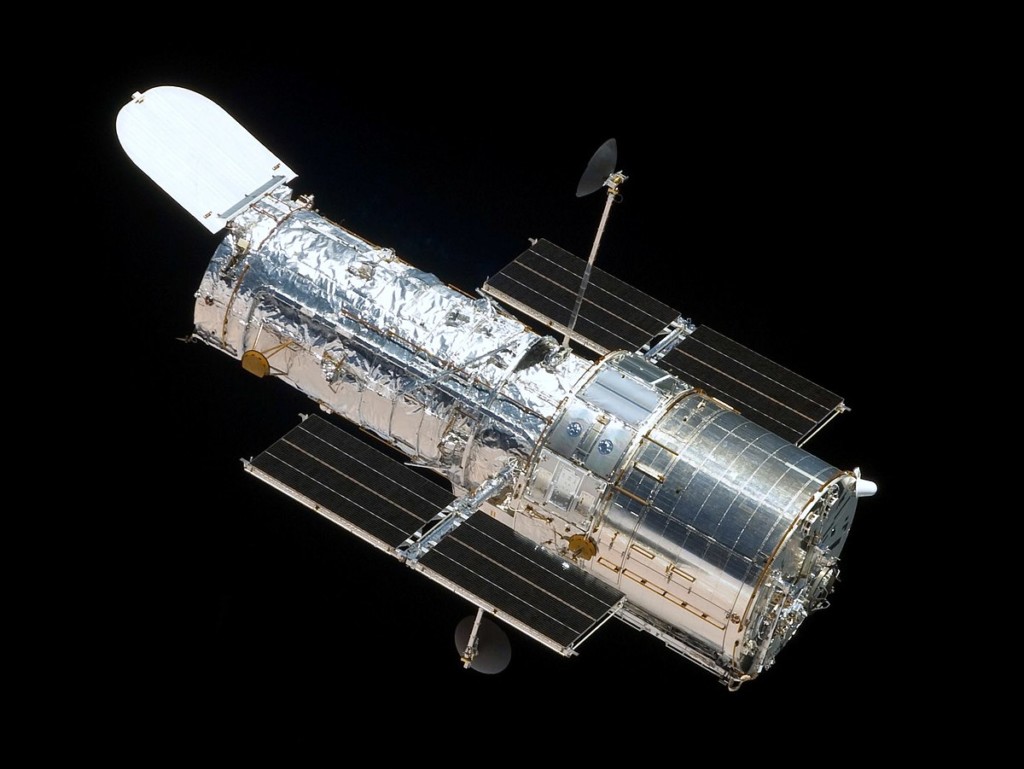 The telescope was designed to be visited and maintained by astronauts on the space shuttles, but the last visit to the HST was in 2009. After that, it was on its own. A team of 50 scientists eventually worked out it was a faulty power control unit, and they were able to switch to the backup control unit and safely start up the instruments again.

The first images sent back from the HST after it got back to work. Credit: NASA, ESA, STScI, Julianne Dalcanton (UW) Image processing: Alyssa Pagan (STScI)

Among the first images to be taken were these unusual galaxies in the southern skies. The interacting galaxies in the left image are 297 million light years away, with the image revealing a more complex story of interaction than first thought. The spiral galaxy in the right image is 490 million light years away, arms spreading three-times wider than the Milky Way’s. If you think it looks a little odd, it’s because it has three arms. It is more common for spiral galaxies to form with either two or four arms. If you have a small telescope, and want to find a closer example, look for the galaxy known as Messier 83 in Hydra, which also has three arms.